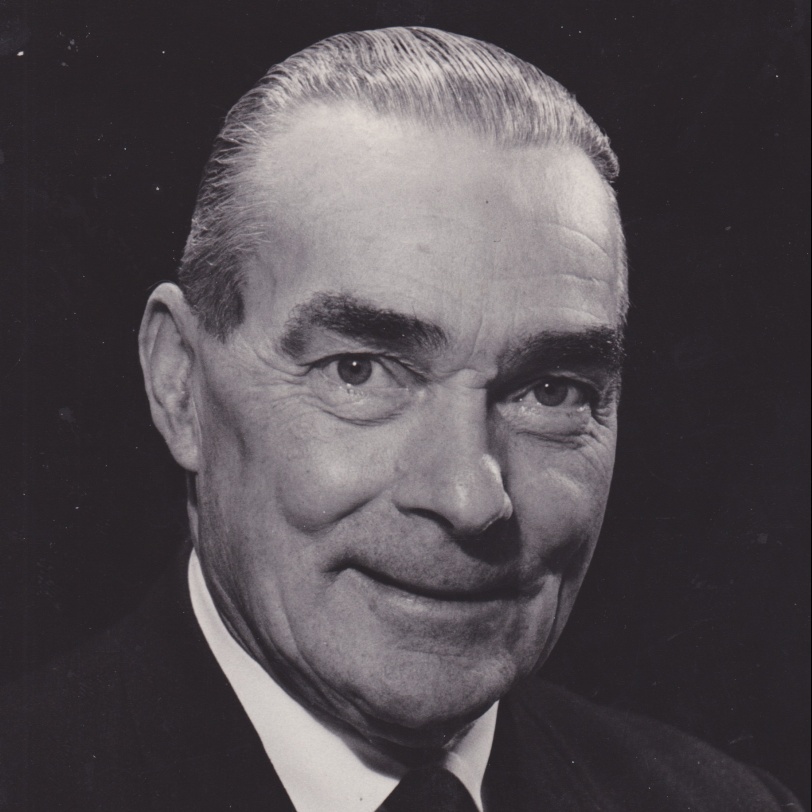 Tom Judd did not get involved in the politics and decision making at SAOS, he didn’t stand for office, serve on any committees or direct any shows but he left his mark where perhaps it matters most – on the stage. For 28 shows covering four decades he dominated the ‘funny man’ parts in the G&S operettas starring in all of them except The Sorcerer and The Grand Duke (neither of which had entered the Society’s repertoire before he finally retired).

He also enjoyed the social side of SAOS life and one member from that era declared that he knew he had been accepted when he was invited to one of Tom’s parties. In those days the Society would only perform one show a year but he (and others) would often try to satisfy the urge to indulge in G&S by performing a second show with Waterside Operatic Society – the car journeys out there were apparently rather erratic and fortunately for them the police had yet to introduce breathalysers!

Tom’s first show was directly after the War (Merrie England in 1946) and ended with Cox and Box in 1971 and although nearly all of his performances were in the comedy roles, he did have a major singing part in 1947 when he played Giuseppe in The Gondoliers.

Tom’s performing record for the Society…

It is doubtful whether any future SOS performer will ever compete with Tom when it comes to consistently achieving positive reviews from the press. Most commented favourably on his impeccable diction and one gave an insight into his style when they likened him to Max Wall (younger readers might need to refer to Youtube)…

I thought the player whose performance contained the best blend of singing, dancing and acting was Tom Judd as Solomon Hooker. His lively personality assured the interest of the audience whenever he was on stage.

Tom Judd (Chancellor) quite definitely is the hit of the show, not all his colleagues lived up to his high standard as regards making every syllable tell.

It must be almost embarrassing to Tom Judd for me to repeat that he holds the centre of the stage in every way. He has the Savoy touch. His clarity of diction, both in speech and song is something that many of his fellow principals would do well to copy.

Tom Judd played Sir Ruthven Murgatroyd with the same mastery as he has shown in previous productions. Few can equal his skill in the rapid patter song; few can make so amusing or so convincing these curious characters that Gilbert has drawn.

Tom Judd plays Ko-Ko, he sounds like Max Wall and acts with good humour. His diction is excellent and few of his fellow performers can match it.

Hildebrand dominated the stage… but is too excellent a trouper to allow his personality to swamp his less-experienced colleagues.

I must mention Tom Judd (Duke of Plaza-Toro), with his masterful command of Gilbert’s tongue-twisters, beautiful clear delivery and sense of theatre

HMS Pinafore had Tom Judd to commend it, in the autocratic role of Sir Joseph. He may be no physical colossus but he bestrode this performance like the veteran he is.

The undoubted master of clear delivery was Tom Judd, as Ko-Ko. A cavorting, lovable tailor-turned-Lord High Executioner, he didn’t miss a trick.

Tom decided to retire from the stage in 1971 and was then made a Life Member in recognition of his excellent service to the Society.