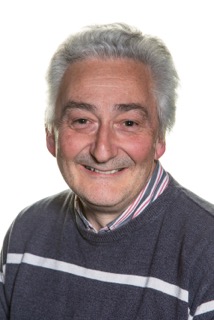 We were so sad to share the news of the passing of our Musical Director, Treasurer and very wonderful friend Nigel Finch on 3rd August 2022.

Nigel was first involved with SOS in 2008 when he was asked by the director of Ruddigore if he would be interested in Musical Directing the show. Since then he has directed the music for many further productions which can be seen in our shows archive. He became treasurer of the society in 2009.

As many people were aware Nigel had battled with declining health in his usual up beat and uncomplaining way. He showed such strength and bravery and never gave in, even attending a rehearsal in the week before he passed away. He passed away peacefully at Mountbatten Hospice with his friends by his side.

Nigel was a kind, tireless and hugely integral member of our society, equally generous with his time and with his huge talent. He leaves a big empty space at the piano and in our hearts and we will all miss him dreadfully. However, he would not want us to be down but to push on with the same optimism and courage that he showed in everything.