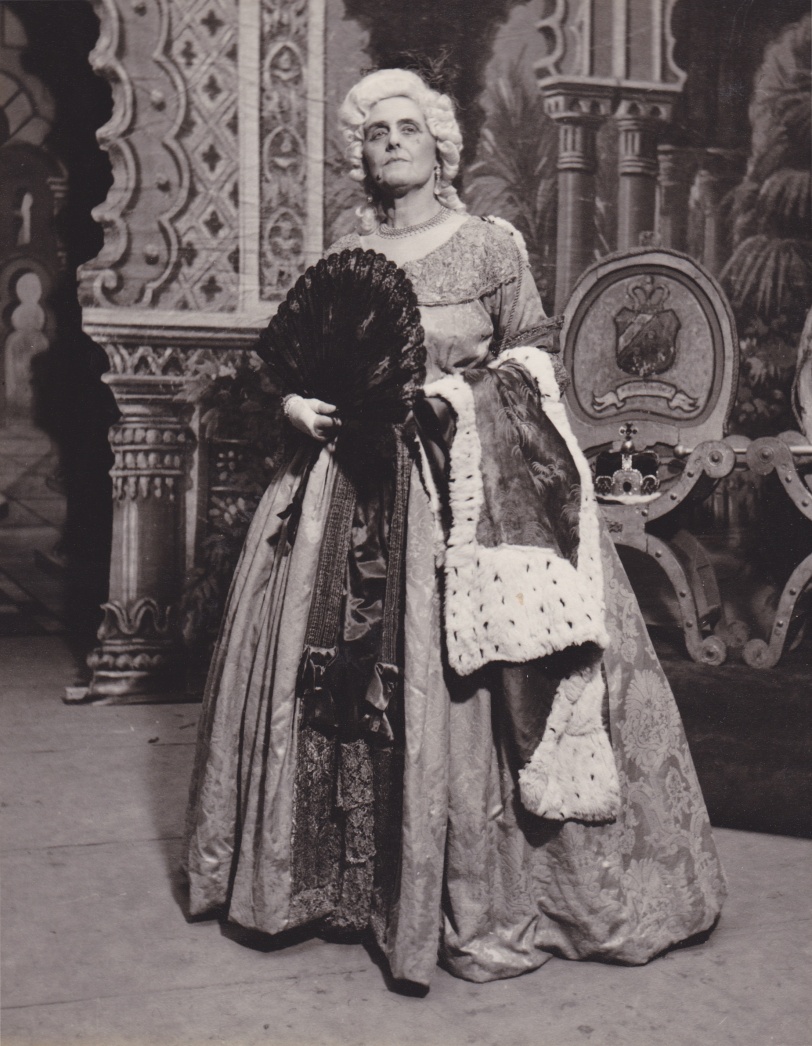 Edith Ashdown’s Above Bar Guild Musical and Dramatic Society performed Merrie England in 1924 and it did not take long before new members were attracted. One of these was Marjorie Reader who could not resist the opportunity to be involved in Hood & Sullivan’s The Rose of Persia.

Thus began Marjorie Kennedy’s lifelong association with the group. She was an acting member for 47 years (1925 – 1972) appearing in 27 shows; in the early days there was usually just one production a year and none at all during World War 2.

Even as a young performer Marjorie specialised in the ‘elderly lady / Katisha-type’ roles and as such was often in direct competition with Eva Thorne. Indeed, they both benefitted from the unpopular role sharing system used by the Society in the pre-war years as they took turns to play Katisha (1928), Queen of the Fairies (1932), The Duchess of Plaza-Toro (1933) and Dame Carruthers (1934). Society members who can recall her appearances on stage have testified to her powerful personality and voice, indeed her family was often embarrassed when she sang in church because she was so loud.

Marjorie’s appearances and roles for the Society:

Her first press critique in 1927 was quite complimentary, ‘Miss Marjorie Reader was impressive as his Duchess’ but her performance in The Yeomen of the Guard (1929) was less enthusiastic, ‘Marjorie Reader, the Dame Carruthers, must steady her voice and speak with more expression’. Presumably she took notice of this advice as reports on subsequent performances all commented on her obvious ability…

Marjorie was awarded Life Membership in 1973.