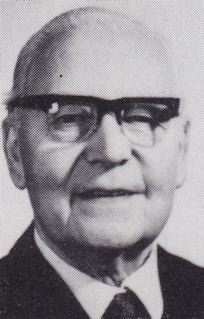 First show was in 1932 (soon after the operatic society split from the drama section) and continued performing until 1970 – 27 shows mainly in the chorus (though he also played clarinet in the orchestra in the early days). He was responsible for Box Office bookings for forty years (1930-70) making use of his music shop to do so. Lewis lived over 100 years, in 1925 he founded the Southampton Festival of Music and Drama and in 1991 he was presented to the Queen.