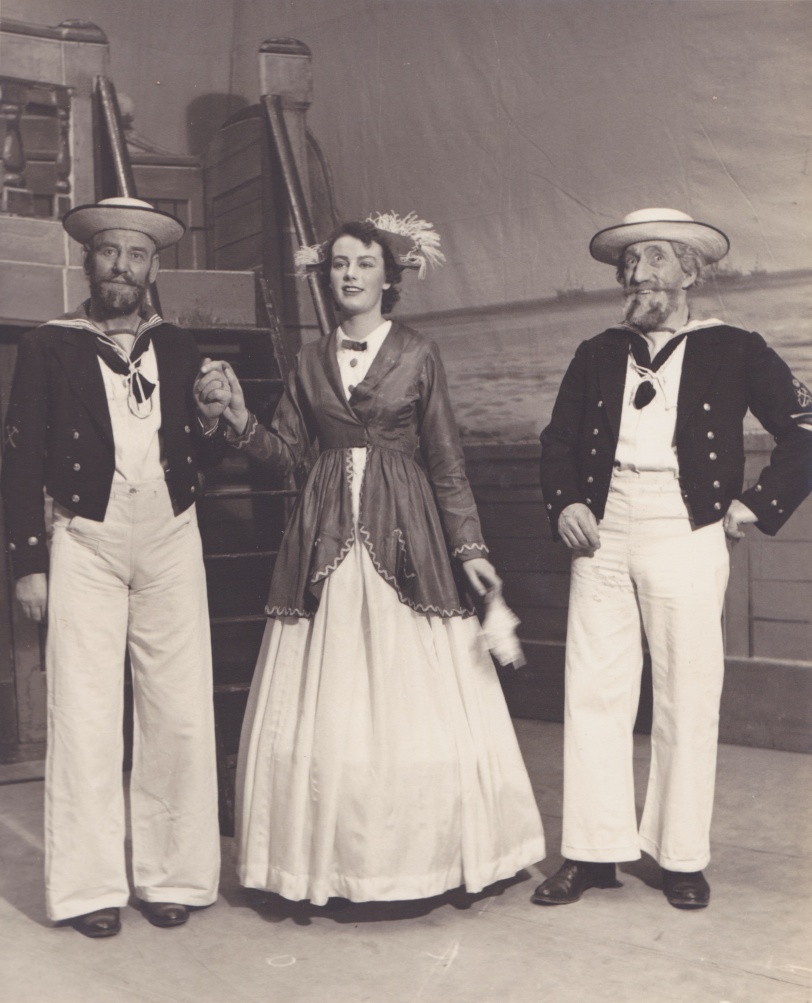 As the Society’s archivist, I was a little surprised to learn that June Greenwood had been nominated for the SOS Hall of Fame – in her long association with the group she had not played any major principal parts nor had she taken any significant leading roles on the Committee. However, on reflection I think it was a really good choice! It helps to illustrate that you do not have to be a star on the stage to be highly regarded by the membership and that loyal service over a long period of time is genuinely appreciated and recognised.

After some professional voice training, June Pickup joined SAOS in 1946 and made her stage debut at 16 in October 1947. In those days the Society was not a very welcoming environment for a young girl – she recalled that it was full of cliques and felt that everyone ignored her! Dougie Huggins (who joined soon after June) even claimed that he had been a member for five years before any of the ‘elite’ deigned to speak to him.

June was determined not to let this attitude spoil her love of performing and before her retirement in 1992, she had appeared in 48 productions (many alongside her husband Douglas Greenwood) taking a minor principal role in six of them. The fact that the Society is now far more welcoming is very much down to the likes of June who always made a point of helping newcomers.

Her complete list of shows covers nearly all of the Savoy Operas  – The Gondoliers (6 times), The Mikado, HMS Pinafore, The Pirates of Penzance and Yeomen of the Guard (5), Patience, Ruddigore and Princess Ida (3), Iolanthe (2), The Sorcerer and Utopia Ltd (1). In addition to that collection she also appeared in Carmen and Orpheus in the Underworld (2), L’Elisir d’Amore, La Vie Parisienne, Die Fledermaus and The Rebel Maid.

In recognition of her loyalty and long service, June was made a Life Member in 1986 and, although she spent the last two years of her life in a nursing home suffering from Alzheimer’s, she could still be heard singing some of her favourite G&S choruses.