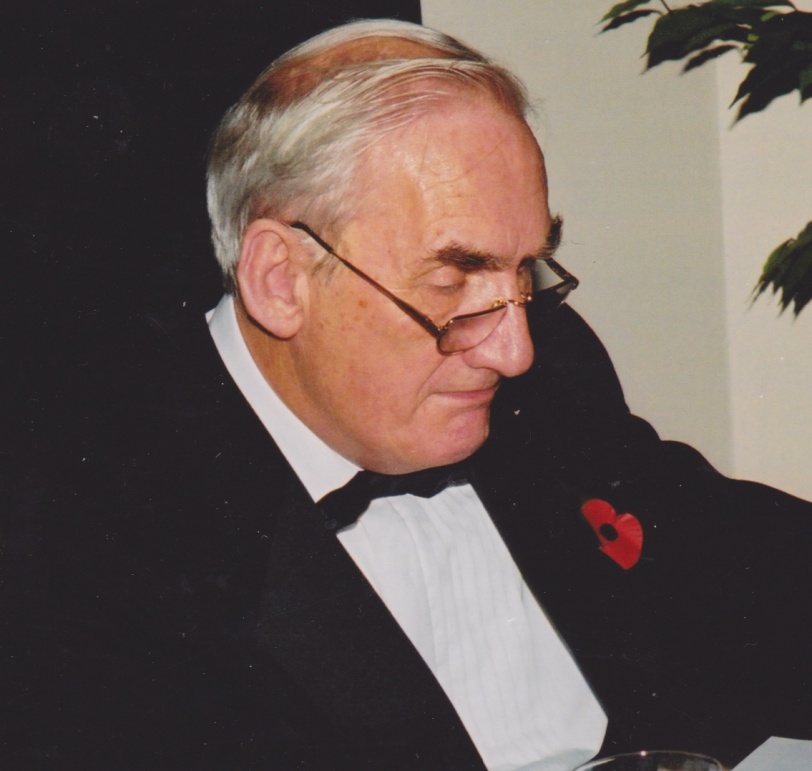 Having previously performed with Southampton Musical Society and The Ringwood Musical and Dramatic Society, Jim joined Southampton Operatic Society in 1963 and, although there is no longer any record of his audition on joining, it would not be very difficult to guess the discussion that took place … ‘Good tuneful voice but not particularly strong – should make a useful chorus member’. No doubt the audition panel was correct in their findings but these sessions do very little to show the full potential of the candidate as a Society member and Jim had a lot of potential!

For the record, Jim’s appearances on stage with SOS are listed below – they involve 23 shows over 26 years (prior to 1980 the Society only performed one show a year).

However, Jim proved to be one of the cogs that make the Society function and his efforts off stage were particularly noteworthy. He started working with the Business Team on publicity for the Society’s shows in 1967, was Assistant Business Manager from 1971 to 1986 and then took over as Business Manager from 1987 to 1989. From 1971 to 1989 he was responsible for producing the programme (not an easy job in those pre-computer days) for the shows.

Jim proved to be quite an innovator and one of his major contributions was to organise concerts given by the Society. Prior to 1974, the Society produced one show in the spring and had a garden party and an AGM every summer, but there were many members who wanted to do more. Jim persuaded the Committee that we should try out the idea of giving concerts at various locations giving members the chance to be more active, give chorus members the opportunity to sing solos, duets and ensembles, advertise the Society’s work, and maybe make a profit. Aided by Brian Howard, the first concerts took place in the autumn of 1975 at Brockenhurst College, West End Church, and the Avenue Hall. In June 1977 “G&S presented by SOS” was performed for three evenings at the Avenue Hall. On several occasions in the 70’s Jim’s group took Trial by Jury or Excerpts from G&S to the Southampton Show on the Common (complete with piano!). Trial by Jury was performed at the Isaac Watts Memorial Church in 1982. There were concerts with Stars of D’Oyly Carte at the Guildhall and Mountbatten Theatre, Dinner and Opera evenings at the Lyndhurst Park Hotel, etc.. The Society started performing a second major show at the Nuffield Theatre in 1980 but these occasional concerts continued and Jim was involved in their organisation up to 1996.

In addition to this, Jim was the prime mover in using tiered seating for the Society’s shows at the Guildhall – he persuaded the Guildhall Management that it would be an asset and made all the hiring arrangements (later the venue installed their own tiered seating). Ironically it was Jim who in 1988, along with Brian Howard and projections of income and expenditure, persuaded an EGM that SOS should move from the Guildhall and start performing at the Mayflower Theatre.

Older members will remember another of Jim’s ideas, the SOS 100 Club – about a 100 members and friends signing up to putting an agreed sum of money into a kitty each month, with monetary prizes and a profit for Society funds – a good idea but it didn’t last long. He was also largely responsible for persuading the Rotary Club to purchase tickets for the first two nights of the spring show at the Nuffield, thus boosting our audiences and our takings.

Perhaps Jim’s greatest contribution to SOS started in 1974 when he became the Society’s Archivist – he was to carry out those duties with remarkable conscientiousness until 2010!

During those thirty six years, Jim not only collected and collated programmes, photos, reviews, etc., of every SOS show but also created a fine album to mark a milestones in the Society’s history entitled “Sixty Years Young” – Jim’s article “Celebrating 80 Years of SOS” can be found on our website.

Amongst the archives can be found two bound files in which Jim has recorded important events in the Society’s history, including lists of productions, Chairmen, Directors & MDs and other officers since 1924 and notable ‘firsts’ for the group – thanks to Jim, future generations of SOS members will have a fine insight into exactly what they have inherited.

As well as his fine efforts with the Archives, Jim was very active behind the scenes with SOS performances, he took on organising the Front of House Teams for the Society’s shows (1991 – 2011) and helped out with the Juniors (1988 – 2011) until ill health forced him to step down.