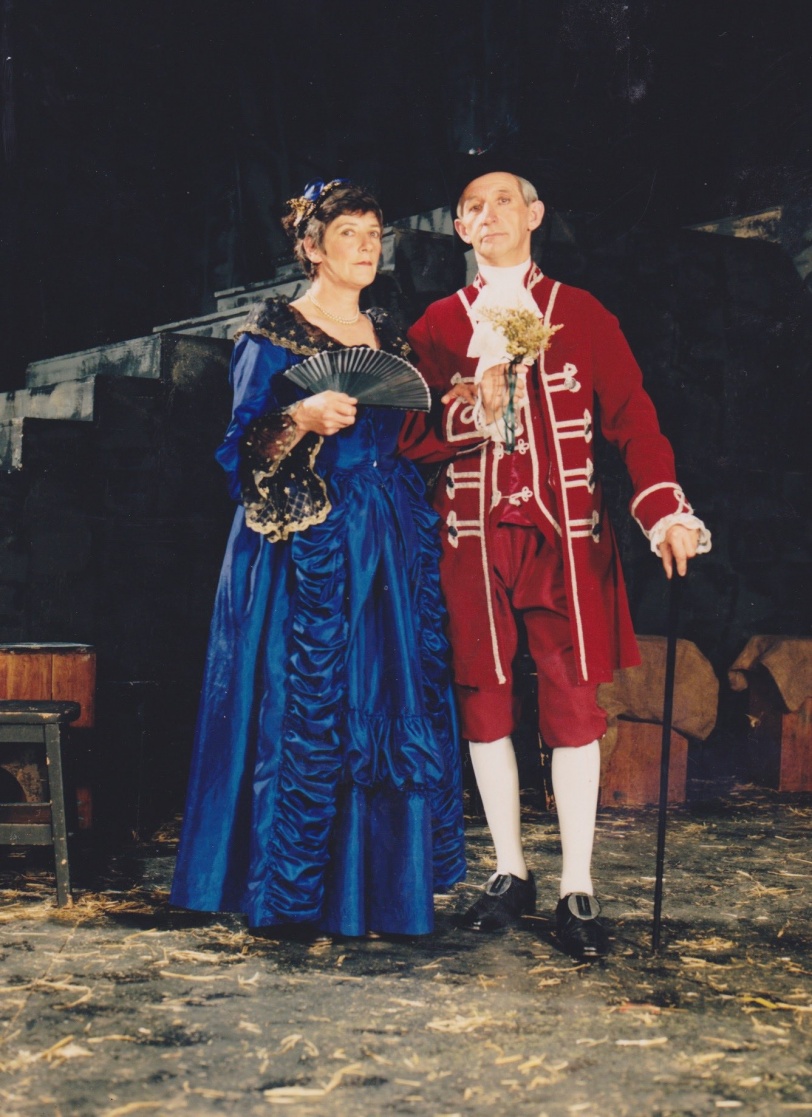 “Are you enjoying yourself?” Many SOS members will recall that time shortly after joining when they were briefly removed from rehearsals to be measured for their costume by Jan Sly and her wardrobe team. Somehow Jan’s simple enquiry helped the newcomer to realise that there were things happening beyond learning dance moves and it increased his or her sense of belonging – they were soon going to perform on a proper stage!.

Colin and Jan Sly moved to Southampton around 1975 and it didn’t take long for Colin to start performing with SOS. Soon after that, Jan’s name began to appear in programmes as a member of Grace Bound’s wardrobe team.
It was in the 80s that the Society began to regularly perform two shows a year so it was not a surprise when Grace decided to take a break from her duties for a production and Jan stepped forward to serve as Wardrobe Mistress for the first time (HMS Pinafore 1985). Grace returned to her usual position for The Gondoliers in 1986 but sadly she died the day after the final performance. This sad event gave the committee two problems to solve 1) find a home for all of the costumes stored at Grace’s house and 2) find a new Mistress of the Robes. Colin found a temporary solution for the first by arranging for the costumes to be housed in the Water Authority’s Eastleigh Depot whilst Jan provided a long term solution to the second by taking on Grace’s duties.

Since then Jan has been the wardrobe mistress (* or assisted) for the following SOS shows:

Amazingly Jan served as Wardrobe Mistress for 42 shows (and assisted in at least seven more). If we assume that there would be on average 35 performers in a show then she has organised costumes for around 1470 people! When you then consider that shows usually involve several costume changes, the numbers become astronomical! Unbelievably, Jan also served as Wardrobe Mistress for the Junior Section during this period meaning an extra 57 productions – 99 shows involving SOS and DYT!!

Luckily Jan gathered a reliable team of helpers and much of the hard work was shared with Penny Hawkesworth, Maureen Street and Joan Vardy.

Although Jan did not aspire to appear on stage, (just two walk-on parts as Penelope Ann in Cox and Box 1984 and the Governor’s Wife in The Beggar’s Opera 1991), I would imagine that organising costumes for 99 SOS and DYT shows more than compensates for that.