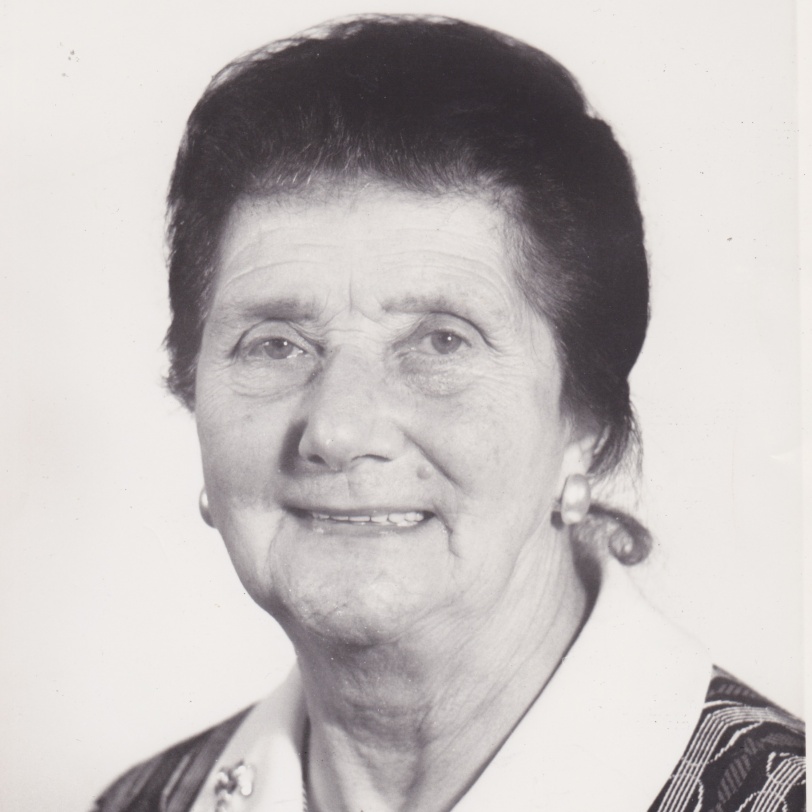 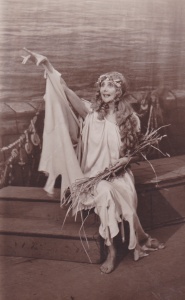 Although Edith Ashdown is credited with founding the Society, it is unlikely that her plan would have come to fruition without the help of her friend, Eva Thorne. In 1923 Eva ran a local ladies’ choir so any problems in gathering enough members for the female chorus were immediately resolved.

The first mention of Eva in the archives comes in the form of a short article in the local paper several years before the formation of the Above Bar Guild Musical and Dramatic Society. Under the headline A Promising Southampton Singer, Eva’s singing teacher, Mr. Sidney L. Torr, declared, “She possesses a remarkable contralto voice. She has been engaged to sing at Portswood Palladium next week in The Exploits of Elaine. She is only 13 years of age.”

The majority of Eva’s performances were indeed in contralto roles but she also sang mezzo-soprano and, on two occasions (Princess Ida and The Rose of Persia), soprano – she also appeared in one of the group’s plays, The Chinese Puzzle in 1925.

Her appearances and roles for the operatic part of the Society are as follows:

Eva’s mother was taken ill in 1949 and she stopped performing in order to look after her, so The Rebel Maid was the last performance in which any of the original 1924 company appeared. However, she continued to be a part of the Society from behind the scenes as a committee member. Indeed, it was Eva who proposed the formation of the Operatic Society (and consequently the split with the Drama section) at the AGM on 29th July, 1930 and then served on the temporary committee tasked with drawing up the constitution and rules. With the exception of three years (1959, 1963, 1967), Eva remained as a committee member until 1970 – which covers a lot of meetings!

Although she was chosen to sing in the BBC programme Songs from the Amateur Stage in 1939, there are no recordings of Eva’s performances in the archives, so we can only gauge her undoubted talent by the reviews in the local paper. They invariably singled her out for a special mention – a few have been selected below…

1924: Miss Eva Thorne acted with quiet dignity, she also sang delightfully.
1925: Miss Eva Thorne is seen and heard at her best in the role of Nell Reddish.
1926: Miss Eva Thorne makes a stately Sultana, and whether playing the part as a singer looking for engagement or as a Sultana, does  exceedingly well and last night she was in excellent voice.
1930: Eva Thorne as Lady Jane, made her very difficult task seem easy.
1931: Eva Thorne, as Ruth, got all the subtle humour out of the part it contains and sang delightfully.
1933: She possesses a certain emotional strength which she exerts in precisely the right way at precisely the right moment.

Eva was made a Life Member in 1973 (50 years after the first rehearsal) and continued her association with the Society by holding SAOS garden parties, organising after show presentations and helping with make up and programmes long after that. Shortly before her death (as the group celebrated its 60th year), she presented it with the Chairman’s Badge of Office.