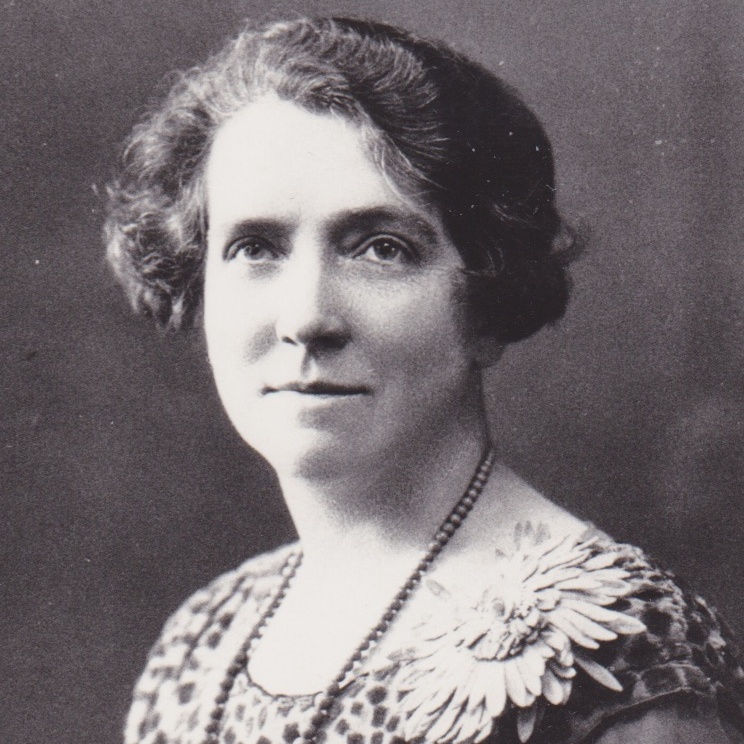 When Southampton Operatic Society unanimously decided at the AGM of 2012 that Miss Edith Ashdown should be elected to its Hall of Fame, it was purely in recognition that the lady founded the Society and therefore deserves a special place in its history. Unfortunately, nobody at the meeting actually knew her and a record of her contributions to SOS is, consequently, going to be rather impersonal.

The records show that Edith was the daughter of a Southampton business man who was also a member of the Above Bar Congregational Church and she was involved in the presentation of a charming little musical play “Princess Juju” by the Above Bar Guild. This experience inspired her to gather her friends together (including Evelyn Thorne, who ran a local ladies’ choir) to create the Above Bar Guild Musical and Dramatic Society and they produced “Merrie England” in the Watts Memorial Hall on 19th, 21st and 22nd March, 1924. A total of 46 members took acting parts with children from the Girls Guild of Service performing the dancing. The stage at the Watts Hall had to be specially constructed for the performances and then dismantled (Watts Hall was on the site where Primark can now be found – 2012).

It is also worth noting that producing a musical in 1924 was not a straightforward task  – in those days musical scores were not always available and, although the main songs were often printed as sheet music, the chorus numbers had to be copied out by hand from one single score obtained from the publishers.

SOS (Above Bar Guild Musical and Dramatic Society) shows in which Edith Ashdown was the Producer:

Reviews of the period were very different to those ‘enjoyed’ ninety years later, typically they stated how well the principals sang “considering they are amateurs” and then listed everybody else involved. However, a reviewer in 1924 (Merrie England) stated, “The producer, Miss Edith Ashdown, deserves high praise for the discovery of so much talent and for the fact that nothing seems to have been overlooked” whilst in 1926 (The Rose of Persia), the reviewer extolled, “Last night’s production reflected the greatest credit on the whole of the company and especially Miss Edith Ashdown who is responsible for the production.”

The archives also show that the dramatic side of the Society (presumably with Edith) also put on the following productions during this period:

The profits from all of these early shows were donated to ‘The Royal South Hants and Southampton Hospitals’.

Edith’s death in 1958 was marked by the following obituary from Alfred Tomalin, the Secretary, who knew her well having appeared in the last four of her musical productions.

By the death of Miss Edith Ashdown earlier this year, the Society has lost one to whom it owes much, for it was she who was responsible for founding the Society in 1924. For some years she was not only Secretary but also the Producer of both the operatic and dramatic sections, for in those days the Society presented both plays and opera. When in about 1930 the original society divided into two sections, a dramatic society and an operatic society, Miss Ashdown devoted her active interest to the Dramatic Society, producing plays and playing many parts in them – for she was a capable actress – but her interest in the Operatic Society never failed, and she was its senior Vice-President.