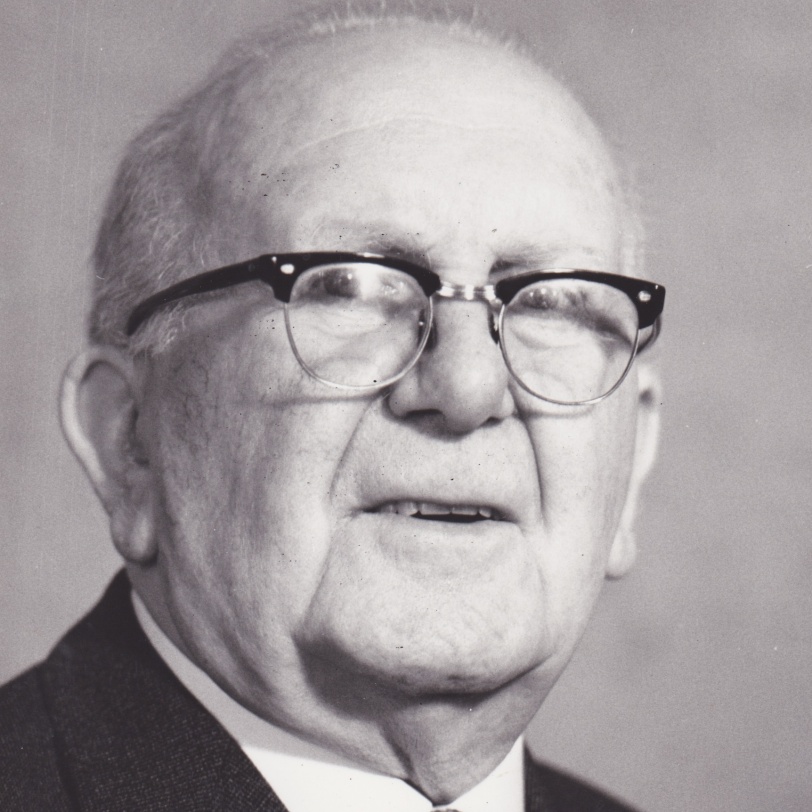 Details of those who have served the Society in the past and of those who carry the present  burdens may be found elsewhere, but no history of  the Society, however brief, would be complete without specific reference to the late Mr. Alfred J. Tomalin, one of the earliest members of the Society. He filled with distinction many roles as singer, actor, producer, secretary, and mentor and guide to all who were fortunate enough to be associated with him – a kindly man withal – who will be affectionately remembered. The Society may have dropped the word “Amateur” from its title in 1974, but he was a true amateur in the best sense of the word, leaving a tradition of endeavour, friendship and good-will that must be  the Society’s highest ambition to preserve.’

Alfred’s first show was The Rose of Persia in 1926, when the Society was still known as The Above Bar Guild Musical and Dramatic Society; he played Abdullah (a priest) and received the accolade ‘Mr. A J Tomalin also does well’ in the local newspaper report. However, it was when the group turned to G&S the following year that Alfred’s talent really began to stand out.

Alfred’s performing record for the Society:

Messrs. S.G. Egerton and A.J. Tomalin were also very good as Marco and Giuseppe, theirs were exacting parts, and might have been overacted.’

‘Sergeant Meryll had the unlined face and youthful complexion of twenty combined with the grey hairs and beard of sixty. Happy man!’

‘Alfred Tomalin got great fun out of the Sergeant of Police.’

Alfred did not return to the stage after the War but continued in the background as the Society’s Hon Sec but when there was some dissatisfaction relating to the 1950 production, he was persuaded to take over the duties of Producer. He carried out this role successfully until 1958 when he handed over to Mary Nobbs. However, 11 years later the Society suddenly found itself without a leader for a production of Princess Ida and Alfred was coaxed out of retirement to save the day and then persuaded to ‘hold the fort’ for Utopia Ltd whilst the Committee searched for a permanent replacement.

According to the Echo, his first attempt at directing a show was a success as it claimed that the Society was ‘maintaining the high standard which they have set in Savoy operas for many years. One can give full marks to the society’s performance. It had life, the acting was good with full regard to all the Savoy traditions, and the production slick and well-timed.’  Nearly twenty years on, Alfred’s productions still impressed and were described as being ‘sparkling’ and ‘entertaining.’

It was, however, as the Society’s Secretary that Alfred really made his mark, he held this position from 1932 to 1971 – a staggering 39 years! He even carried on for a few more years as the Assistant Secretary. It should be noted that this was long before the advent of computers and e-mails so the Secretary had to rely on writing letters (all auditionees were notified of success or otherwise via the post) or making arrangements by telephone.

Alfred became the Society’s first Life Member in 1971 but died in March 1976, precisely 50 years after his first performance at the Watts Memorial Hall. It is unlikely that SOS will ever have a better servant.